Jeddah, the second largest city in Saudi Arabia with a population of over 4 million and after the capital city Riyadh is the country’s commercial capital. Jeddah, is the gateway to Mecca and Medina the two holiest cities in Saudi Arabia. Besides visiting the Holy places, there are quite a number of things to do in Jeddah so make sure to plan your trip well.

The first aquarium in Saudi Arabia, Fakieh Aquarium has made quite the splash for all the right reasons. The aquarium is home to over 7,000 aquatic animals in over 200 species. The stand out feature is the acrylic tunnel that allows visitors to watch the amazing sea creatures, like the Red Dragon, red sea turtles and many more beautiful animals swimming. Unlike most aquariums around the world, they also have a dolphin show 3 times a day. You can also swim with the dolphins as they have 3 kind of packages available, the gold, silver and the Platinum to suit everyone’s budget. The fee’s for the aquarium is SAR 50.00 and its well worth the money as it’s a great way to spend with the family. During the show you find the dolphins doing tricks like catching rings, balancing balls, walking on their flippers and much more. The shows begins with sea Lions greeting the crowd. The aquarium also hosts birthday parties, so it’s great way to create wonderful memories with these sea creatures. Last but not the least there is also a nice souvenir shop on the way out. All in all, it’s great way to spend the day, besides being entertaining, it’s a great educational experience for the scholars of tomorrow. 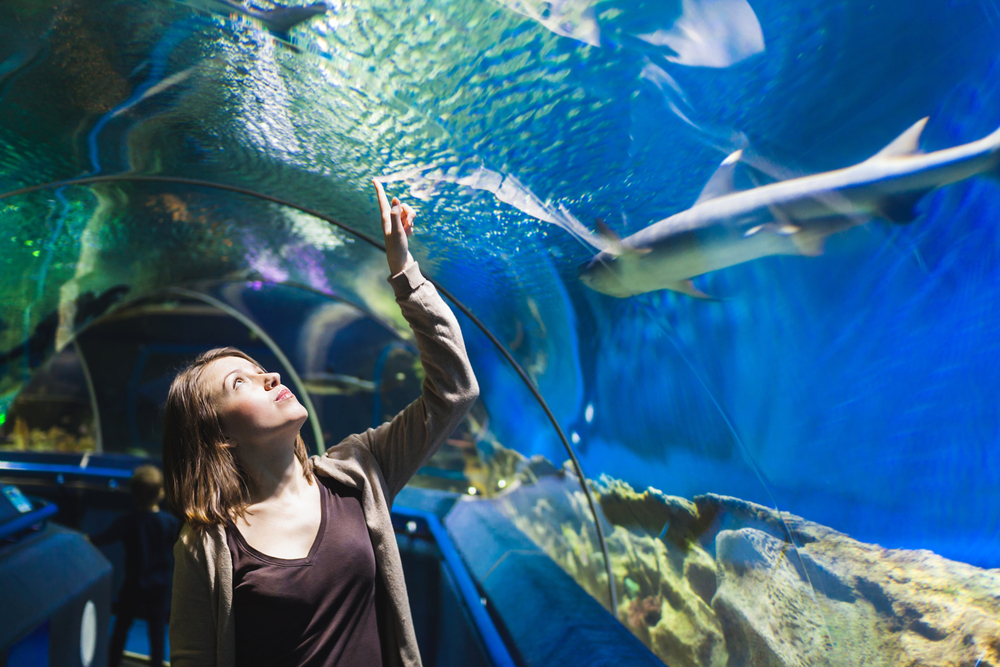 At the first look, feels like you’re having a look at the magazine shot, you’ll find a picturesque beach with white sands. It reminds you of many beaches in the occidental world. The price to enter the beach is SAR 150.00, with complete obeisance would like to bring you to your attention that this is a private beach, and earlier they had membership of SAR 5,000.00 on a yearly basis, luckily that policy has been scrapped, so now for SAR 150.00 for weekends and SAR 100.00 for weekdays, SAR 50.00 for kids, you can enjoy a complete day in the sun with a host of outdoor activities, like snorkeling, windsurfing and diving. The price of your ticket includes padded reclining chairs and an umbrella. And they also have the lawn chair valet service. They also have a trampoline and a zip line for the kids. There are also canoes and paddle boats available for rent. Also, there are plenty of affordable restaurants at site. Lastly, would like to bring to your kind attention, as this is a family beach, single men are barred from entering the beach. As Jeddah has a sub-tropical climate and to avoid getting a tan, its best advised to carry a sunblock with you.

While visiting Jeddah, one must view this made wonder that is the Jeddah flagpole. To commemorate the 84th National Day, the Abdul Latif Jameel Community Initiates, in collaboration with the Jeddah Municipality, unveiled the world’s tallest unsupported flagpole measuring 171.4 meters. The iconic flagpole is located at the historic Custodian of the Two Holy Mosques Square on Andalus street in the heart of Jeddah at King Abdullah Square, surrounded by 13 lights that represent the 13 governorates of Saudi Arabia.  The gargantuan Saudi Arabian flag 49.5 meters by 33 meters, weighs an astounding 570 kgs and unfurled is almost half the size of football filed. The cylindrical flagpole was built using 500 tons of steel. Another fact about the 26,000 square meter park also known as the “Custodian of Two Holy Mosques Square”, is located next to Jeddah’s North Corniche. One-third covered with plants as it represents the two swords and palm tree, the emblem of Saudi Arabia. 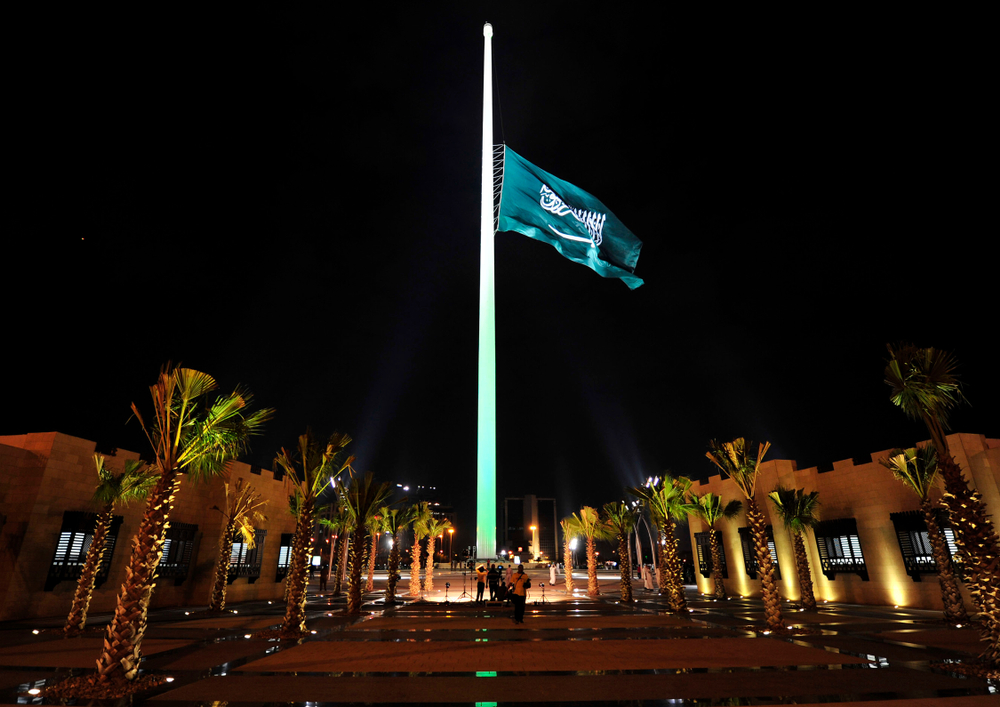 A visit to the local market would be an indispensable part of shopping in Jeddah. This bustling Balad market place, located along the coast of the Red Sea, Gabel Street Souq’s existence dates back to era 1950’s and a trip there will definitely leave you feeling nostalgic. Gabel street Souq is built with distinctive architectural tradition, a number of monuments, historic mosques along its route.  It’s one of the busy multicultural center in Jeddah, where you can witness locals and tourists hustling for the best deals. You can find electronics, perfumes, spices, dates, honey, Bedouin ornaments, Oriental rugs from Pakistan, Afghanistan and household items.  The market also offers fabrics, clothing, footwear made locally, as well as beautiful handicrafts and jewelry at affordable prices. There is also a section of oil based perfumery, herbal gatherings, which according to the locals is useful against diseases. Some might argue that Souq Gabel might have lost some of its luster following the rise of commercial centers and malls, but it’s definitely one of the places to visit.

Built in 1985, one of the popular destinations of Jeddah is the Masjid Al-Rahma Mosque, popularly known as the Floating Mosque. Located on the Coast of the Red Sea, the Jeddah Corniche, and the reason it’s called the floating mosque is, as it appears to be floating on its pillars. The mosque is open 24 hours a day and is one of the most visited mosques in Jeddah. Covering an area of 2,400 square meters, the mosque well receives the Hajj and Umrah pilgrims around the world. The mosque is a combination of modern and old architecture and Islamic art. Its uses state of the art technology, equipment, sound and lighting systems. As it’s built on the Corniche Road, the sunrise and sunset view are breathing taking as it provides a picturesque view of the Red Sea. It is said to have 56 windows designed in Islamic style, a high-hanging wooden prayer area for women and many more amenities to make the experience of the worshiper much more memorable. There are 23 external umbrellas, beaded on the outside and inside with verses of the Holy Quran. Also, it consists of 52 outer domes in addition to the main dome- the largest with eight supporting pillars. 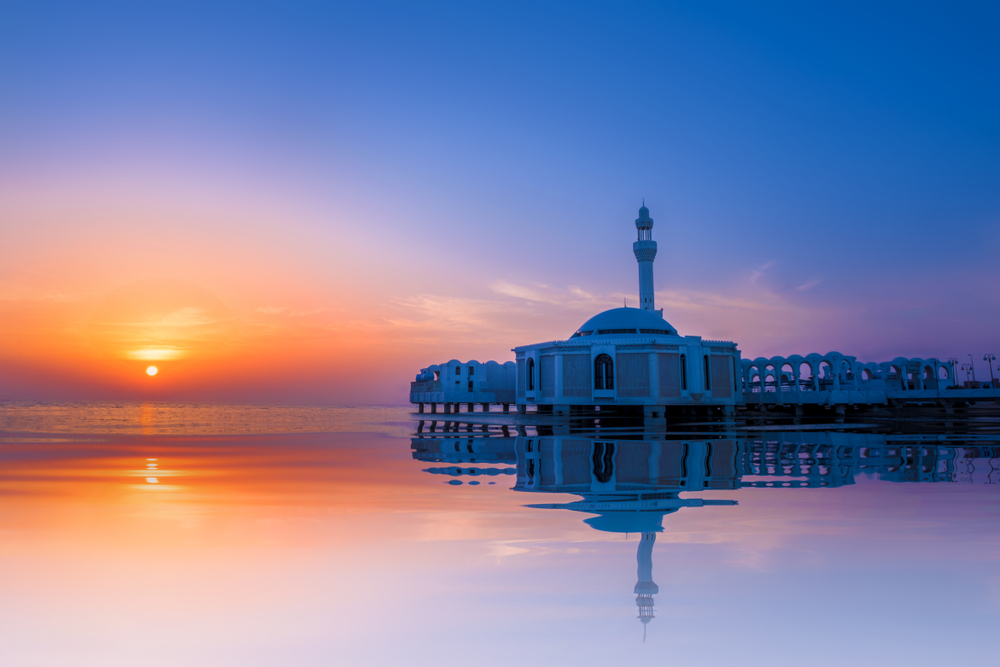 One of the largest and busiest malls in Jeddah is the Red Sea Mall built over an area of 242,200 square meters. With the government easing the restrictions of movies, there are several cinemas cropped up in the country from Jan 2018, so it’s no surprise that the Red Sea Mall has 12 cinema halls, which includes 6 standard, 3 gold , I max, 1 kids and last but not the least the 1 VIP. The mall also has the biggest indoor water fountain and the largest glass covered area not only in Jeddah, but the whole of Saudi Arabia. The mall has a plethora of restaurants to suit everyone’s taste.  Besides offering the best in the world for shopping, the mall has section of history, where the visitors can stroll down heritage lane. The section is embellished in traditional decorations and paintings of the rich history. It’s also a great place for the kids as Sparky’s provides some great entertainment.