Singapore can be described as a melting pot of various cuisines. The Southeast Asian country with a population of over 6 million has oodles of restaurants to satisfy everyone’s taste buds from Michelin awarded restaurants to street food hawkers. 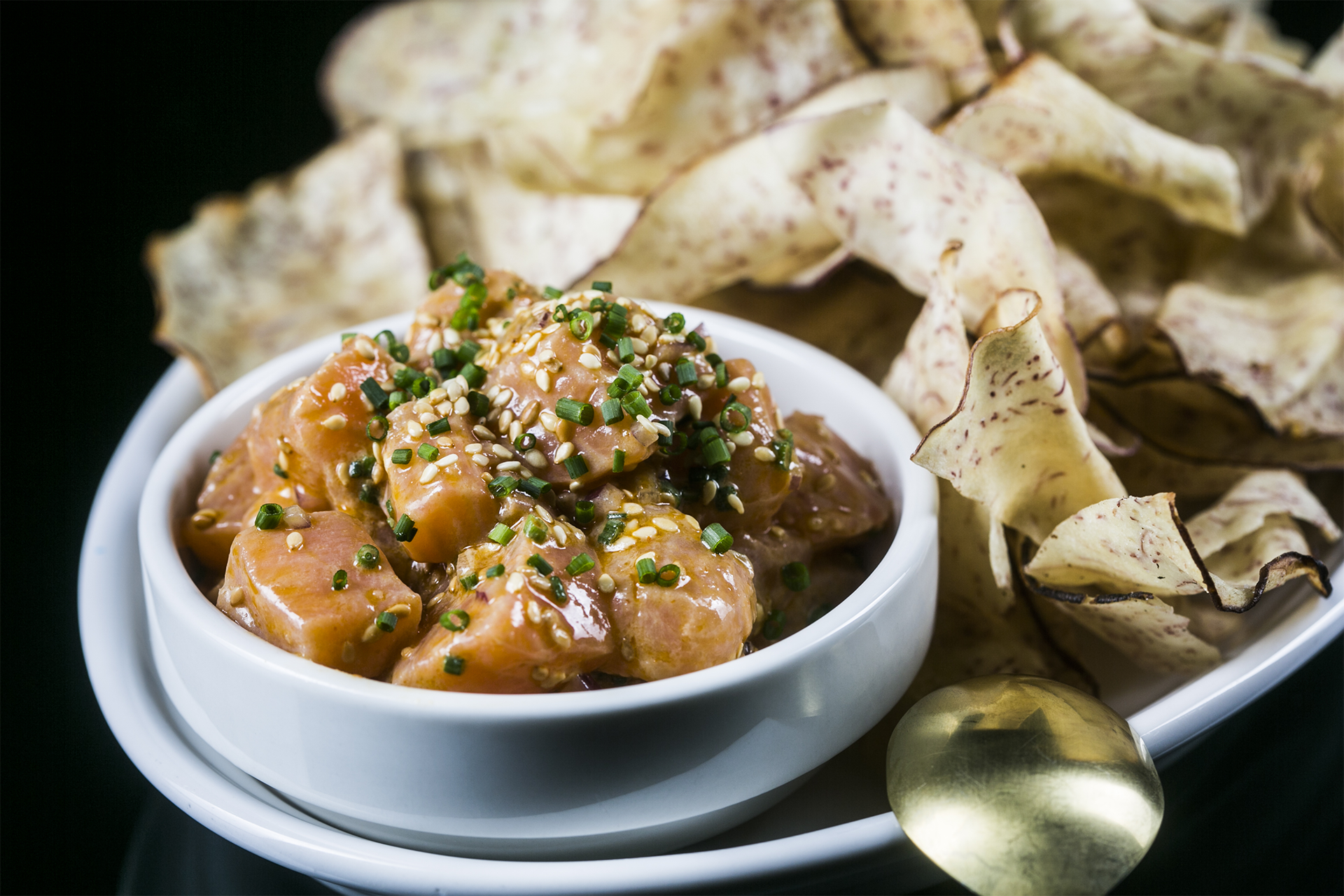 The first thing you will see when you walk into the Bracchanalia is the open kitchen. The 24 seater restaurant is headed by Vianney Massot, who presents to diners, elevated French food with a modern touch. Located on Hong Kong Street, the restaurant opened its doors on 31st October 2018 after a two month renovation. Chef Vianney took over from Australian Chef Luke Armstrong, who was at the helm for two years. Since taking over the place has been completely revamped to give it a modern twist with chic monochrome interior. The new menu is wonderful blend of French cuisine with Asian produce. Chef Vianney brings to the table culinary finesse with exemplary presentation. Just twenty seven years of age Chef Vianney has trained under a number of well-respected chefs and is considered to be a prodigy of sorts as far as gastronomy is concerned. Although he is trained in classical French cooking, he is not afraid to try new things in his kitchen. The first section of the One-Michelin starred restaurant is more causal and open. And the back end is ideal for private events, or if you looking for a more intimate dining experience. They also have an extensive wine collection. 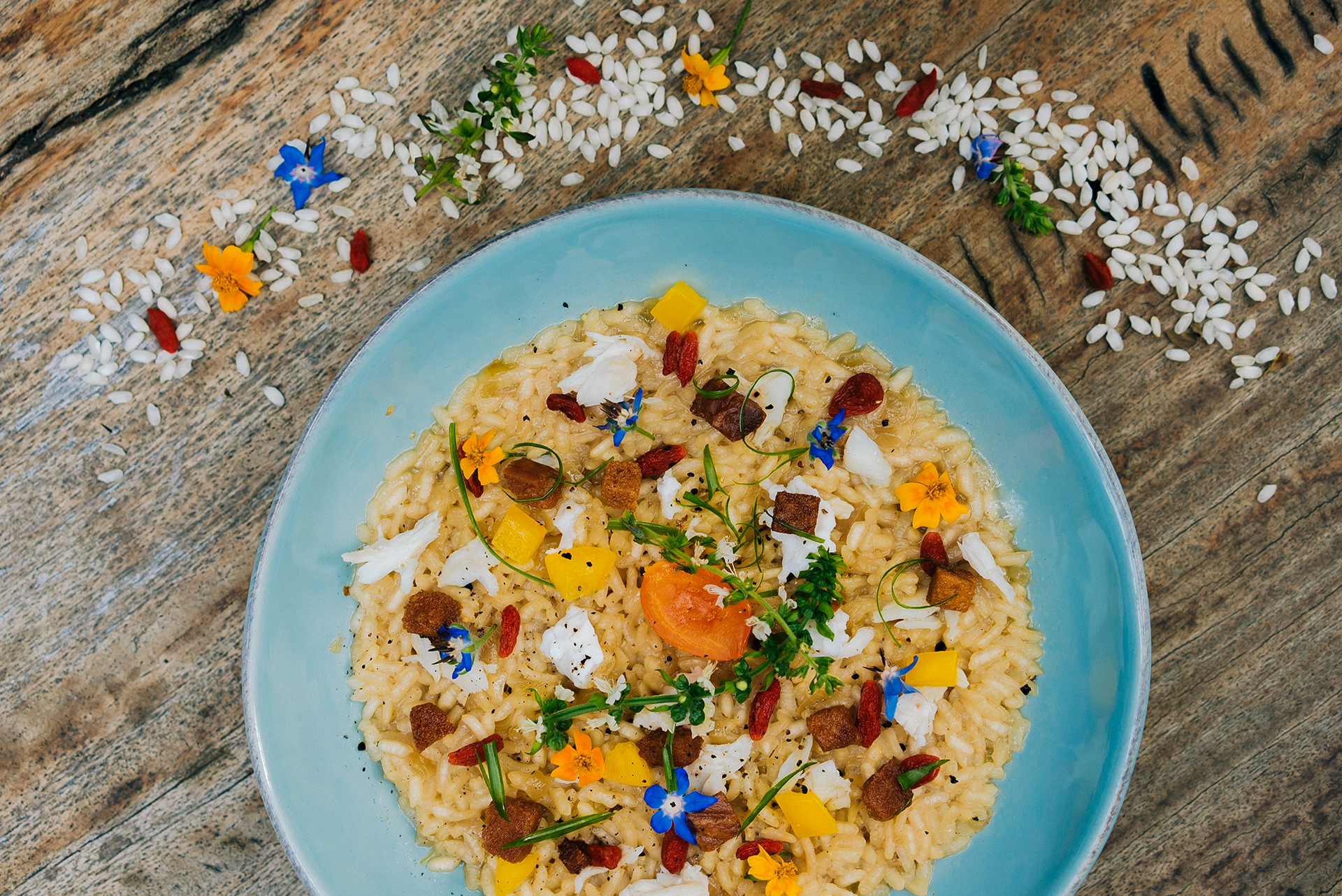 Another gem in Singapore’s hat is the gorgeous Candlenut restaurant on 17/A Dempsey Road. It’s the world’s first Michelin starred Peranakan restaurant. This brings us to the important question what is Peranakan?? Peranakan cuisine or Nyonya cusine comes from the early Chinese migrants who settled in Penang, Malacca, Singapore and Indonesia. In other words the cuisine combines Chinese, Malay, Indonesian and other influences. The restaurant is headed by Chef Malcolm Lee who is also the head chef and owner of this beautiful restaurant. Chef Malcom has quite an impressive resume as he was the first Singaporean recipient of the Miele Guide Scholarship. Chef Lee takes classic Peranakan dishes and modernizes it with a twist taking it to a new level. One of the salient features of this Michelin star restaurant is all of Candlenut’s rempahs (spice pastes) are made from scratch using fresh ingredients without the use of any preservatives. With its plush warm interior and high ceiling, it’s one of the places to try out. 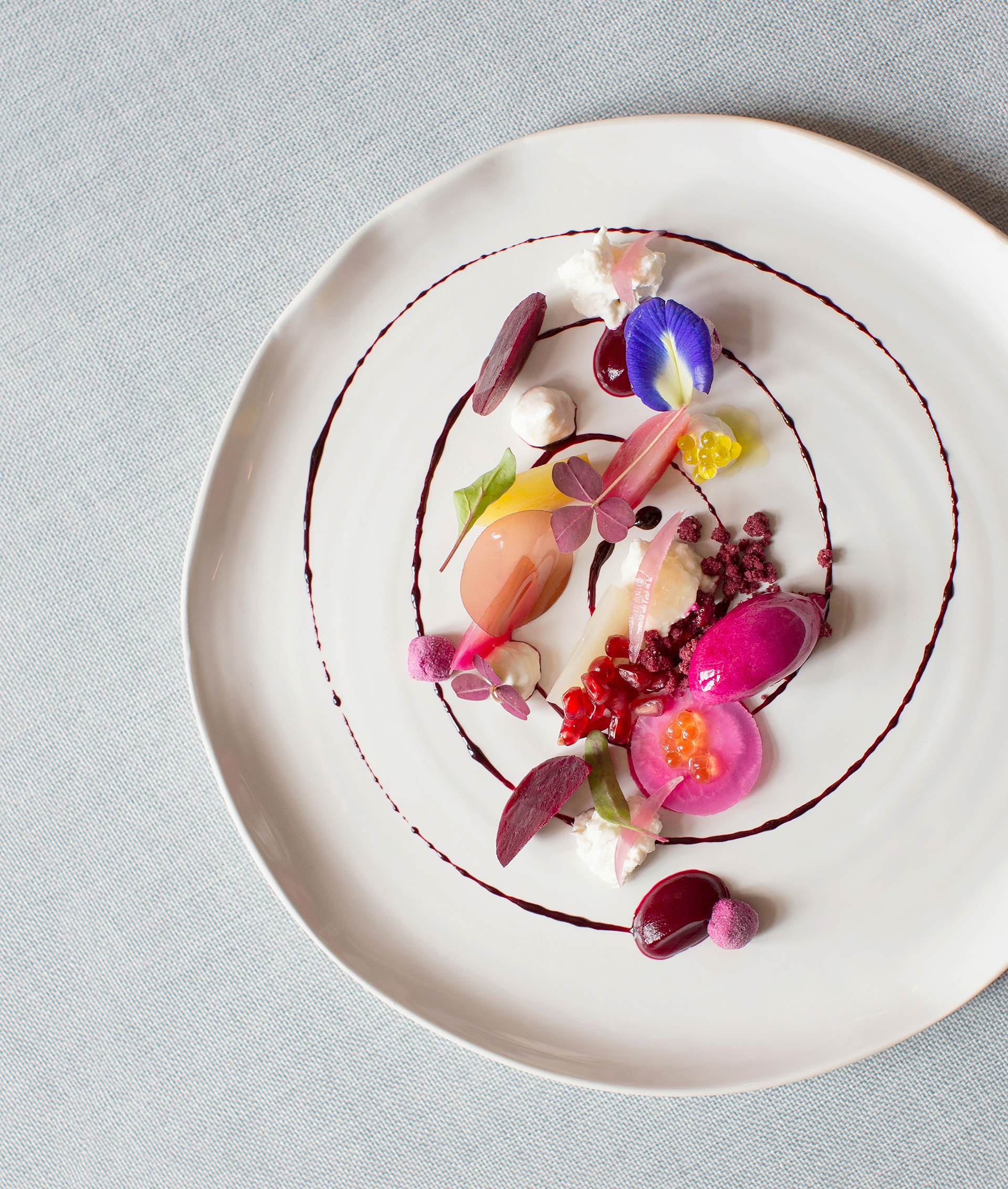 Odette is part of ‘The Lo and Behold Group’ that have more than 15 restaurants under their belt. Conveniently located in the National Gallery Singapore, Odette the modern French restaurant is the brainchild of Chef Julien Royer. Deeply inspired by his grandmother; this eponymous restaurant is named after his grandmother, who taught him how to make the most remarkable dishes from the purest ingredients. While designing the restaurant they had dotted all the i’s and crossed the t’s, in other words, every detail has been meticulously looked into and flawlessly executed. Co-owner Julien Royer amalgamated with The Lo and Behold group to form this modern French restaurant. Odette most recently ranked No 5 is Asia’s 50 best restaurants in 2018 and No 86 in the World’s 100 Best Restaurants in 2017. Not an easy feat to achieve for a Chef who’s barely in his thirties. Some might even argue that the opulent interior of the restaurant has a tad feminine touch thanks to the soft pink, grey and cream color scheme created by Singaporean artist Dawn Ng.

Chef Chan Hin Meng’s restaurant hold the title for “The World’s First Hawker Michelin- Starred Meal and “The Cheapest Michelin-starred Meal in the World”.  For once you don’t have to break the bank to eat at a Michelin star restaurant. Kudos to the Michelin Guide for their bravura efforts for stepping into this new avenue. Chef Chan started Lian Fan Soya Sauce Chicken Rice & Noodle in Chinatown food center serving his signature dish Soya Sauce Chicken and Rice and was one of the 6,000 street food stalls. Priced at a mere SD$2.00, he along with two of his assistants would sell about 150 of his signature dish. Little did he know that in 2016, his life was about to completely change when his restaurant became the world’s first hawker restaurant to achieve the Michelin award. Though the waiting time is at-least 2 hours, that hasn’t deterred visitors to try their signature dish. Since winning the title, his humble eatery began to get a lot of attention and in October 2016, he entered into a partnership with Hersing Culinary and formed Chef Chan to transform the original hawker food stall into a quick service concept restaurant. The partnership has been extremely successful and till date they have setup 12 franchise restaurants in 6 countries. One of the most amazing things is even after winning the coveted Michelin award, the prices in his first restaurant remain unchanged. Before winning the Michelin star award, Chef Chan admits that he had never heard of the Michelin award. His mantra for success is simple, when you cook for your customers, think your cooking for your family. 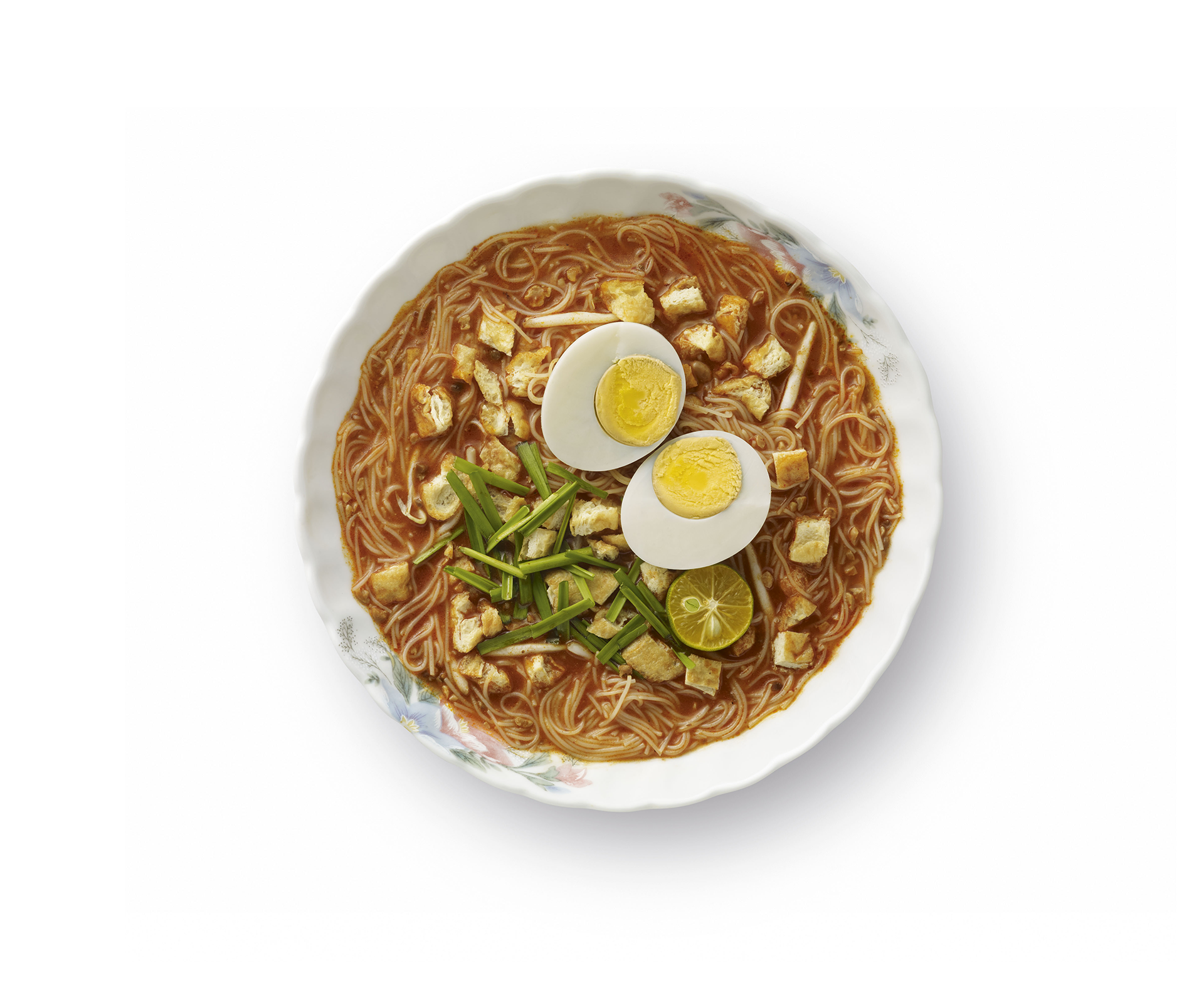 There was no such franchising luck for Hill Street Tai Haw Port Noodle another hawker restaurant to achieve the one star Michelin award. Little did Tang Joon Teo know that the restaurant he founded in 1930’s would one day be a part of the two street food hawkers to be awarded a star in the Michelin Guide in 2016. Located in Kallang, Hill Street Tai Hwa Pork Noodle is one of the 6,000 street food stalls in Singapore. Their signature dish is the Bak Chor Mee (minced meat noodles) with the noodle component tossed through black vinegar, chili paste and other ingredients, a recipe prepared by the revered founder himself.  With prices starting form SD$6.00 the self service restaurant had been first awarded the Michelin Star in 2016 and since then has been featured regularly in 2017 and 2018 edition. Do plan a little more time when visiting as the waiting period is a little over two hours. Mr.Tang Chay Seng was himself very surprised, and said he didn’t expect that the Michelin inspectors would know how to eat hawker food. 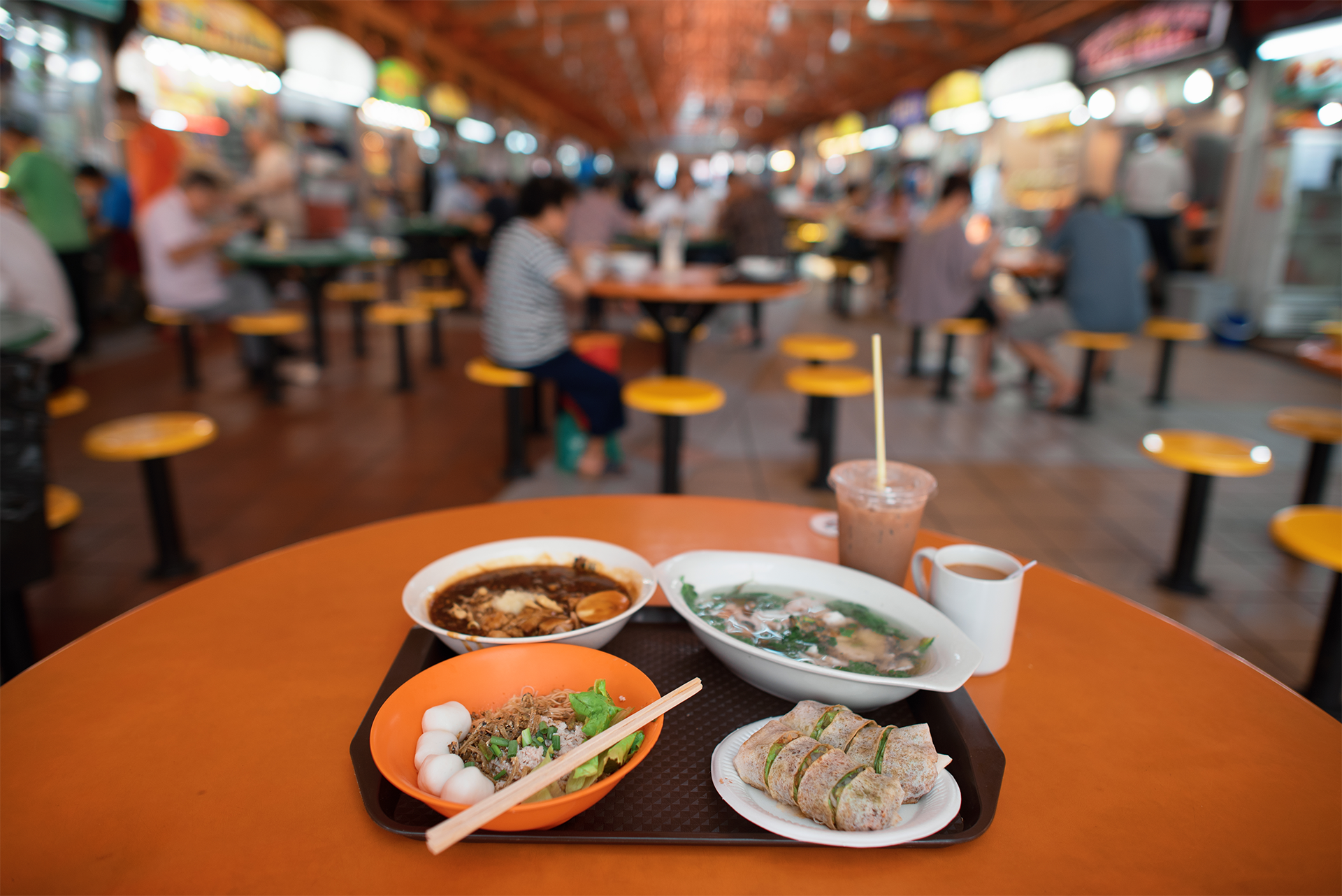 Open seven days a week and always bustling with excitement as there are no reservations required at Lau Pa Sat. This is one of the most popular food markets or commonly referred by the locals as ‘Hawker Centre’. It’s located in the heart of Singapore’s financial district. Built in the 19th century, Lau Pa Sat is one of the city’s most famous landmarks. Lau Pa Sat means ‘Old Market’ in Hokkien, which is deemed appropriate since the handsome iron structure shipped out from Glasgow in 1894 remains intact. Considered a historic building, this market turned food center is must visit when visiting Singapore. Unlike the archetypal hawker center, here each stall is clearly labeled with the specialty it serves.  Here you can try the local delicacies as well as various cuisines available in this Southeast Asian country. Located off Boon Tat Street, this market is considered too romantic as compared to the other hawker centers. 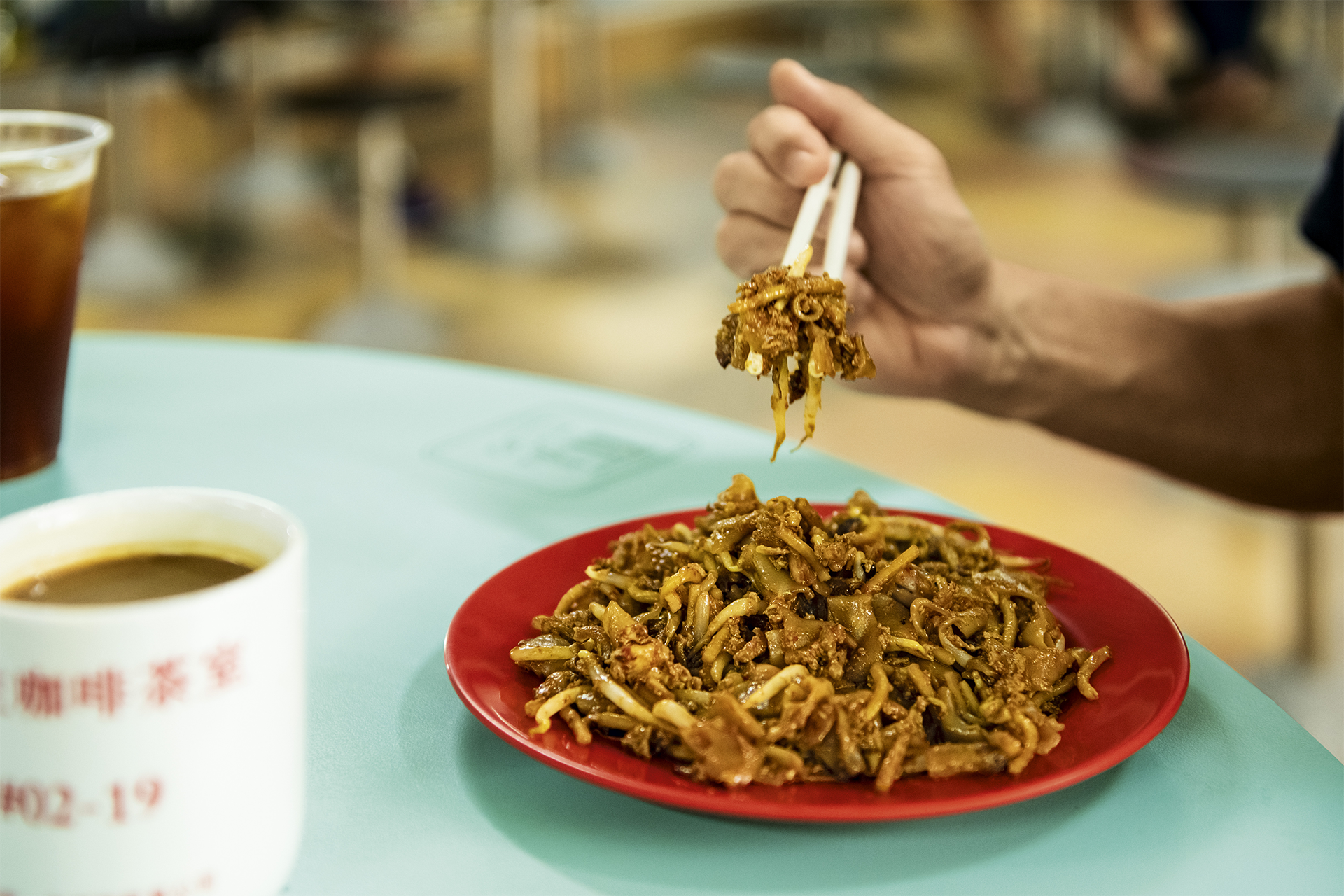 Located along Outram Road along with a host of other restaurants is the Lao You Ji Fish head Steamboat Seafood Restaurant. Started in 2003, they serve Chinese and Seafood with a tantalizing collection of dishes. With prices starting from just SD$12.00 this moderately priced restaurant has have a huge spread to cater to everyone’s needs. It’s most suitable for family and large groups. Though the staff has a little trouble speaking in English, and their service can also be described as comme ci comme ca.

Got only three days to visit Azerbaijan? This picturesque Caucasian nation has such a diverse climat…