Armenia, a humble country nestled in the Caucuses region of Asia and Europe, has a rich history that goes back 3,000 years. Having become the first country in the world to adopt Christianity as a state religion in 301 AD, this former Soviet Republic is peppered with breathtaking monasteries. From those regularly frequented by the locals residing in the capital Yerevan to ancient religious complexes in its quaint towns and rugged mountains, here are five that should be on your list to visit: 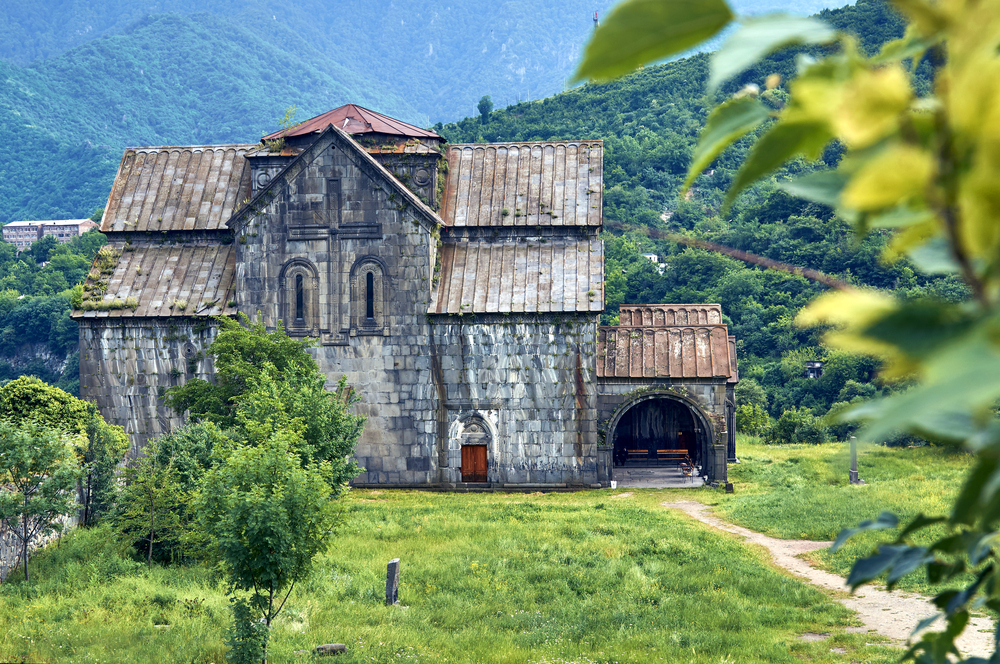 One of Armenia’s most well-preserved pieces of history, the Akhtala Monastery is situated in the sleepy copper mining town of Akhtala in the Alaverdi municipal community, close to the Georgian border. This 13th-century Armenian Apostolic Church monastery is a 3.5km drive from Yerevan, the capital. The interior walls of the church are covered with frescoes depicting scenes from the New and Old Testament – the stunning Virgin Mary in the apse, the Last Supper and Resurrection. This is an inactive church, but it is a popular venue for weddings in the town. Entering through the towering 10th-century basalt fortifications, you will be greeted by a copper ‘wedding rings’ monument joined at the top with a pomegranate, which in Armenian culture represents love and fertility. Married couples walk towards each other from either side trampling the snake and scorpion engraved on the stone as a way to ward off evil as they begin a new chapter in their life. 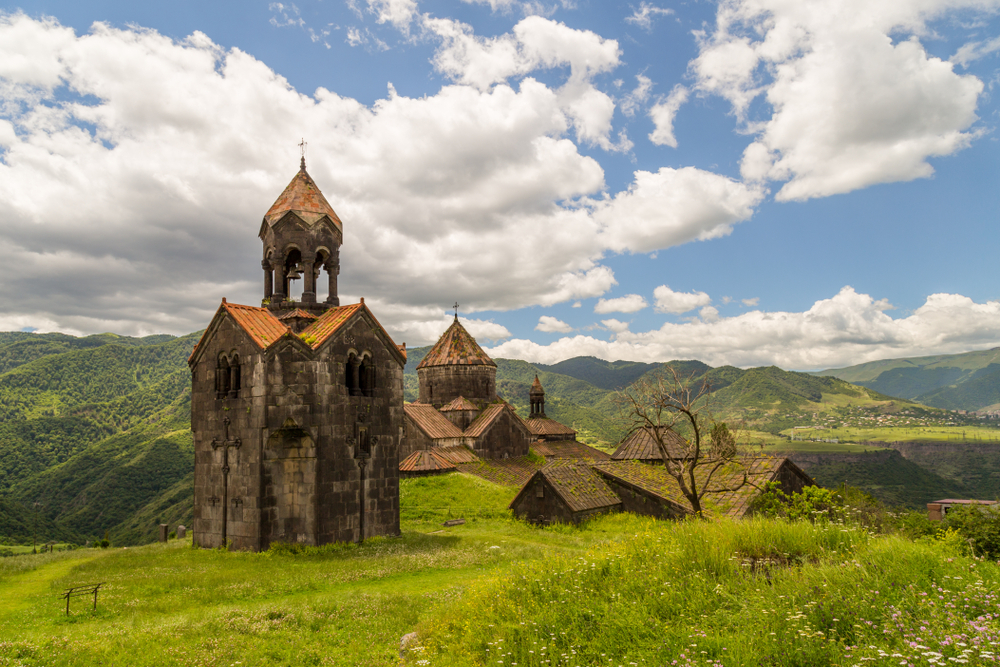 Haghpat means ‘huge wall’. This medieval stone monastery was built in the 10th through 13th centuries and was an important scientific centre with a vast collection of manuscripts. The surviving churches, a 13th-century book depository, the belfry and khachkars (Armenian cross-stone art) sit on a massive green expanse. It has a freestanding gavit (antechamber) at the rear of the site and a three-storey bell tower. The simple structure was designed in a way to keep the monks from getting distracted and focus on God. As a place of scientific enquiry, the monks could study medicine, astronomy, music and literature. Haghpat is now under UNESCO protection as a World Heritage Site. 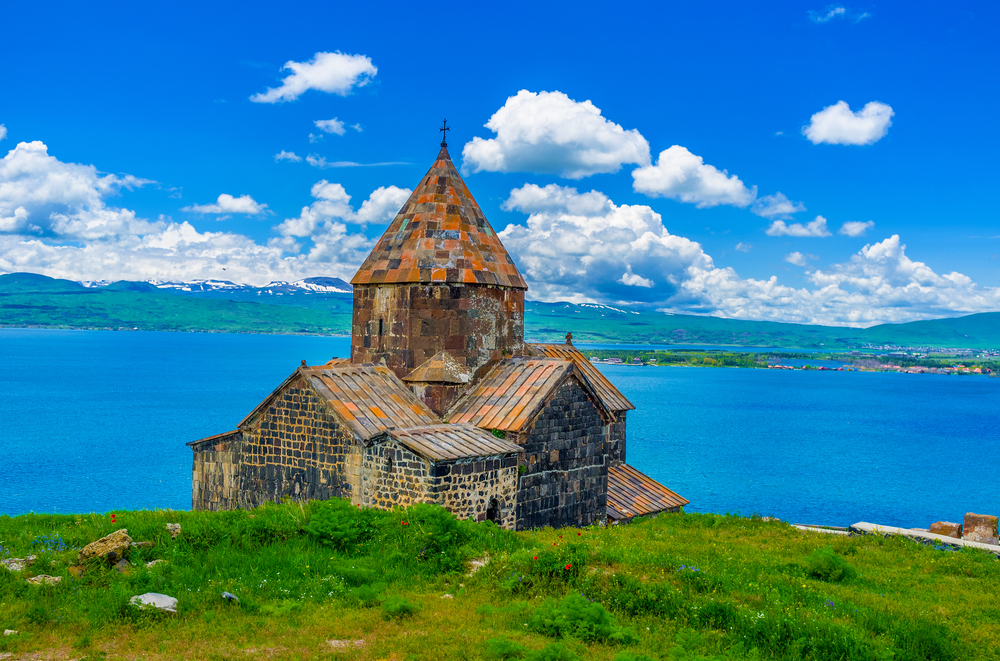 The location of this monastic complex is so picturesque, it’d make for the perfect postcard from Armenia. This 9th century monastery is in the northwest part of Sevan Lake. Surrounded by blue waters on all sides and with snowcapped mountains on the horizon makes this a popular tourist destination. Surb Arakelots and Surb Astvatsatsin are the only two temples that remain now, along with numerous khachkars (cross-stones). It got the name “the Black Monastery” because it was constructed from black tuff and features cut stones. One of the interesting khachkars has an interesting Jesus Christ carving with distinct Mongol features. 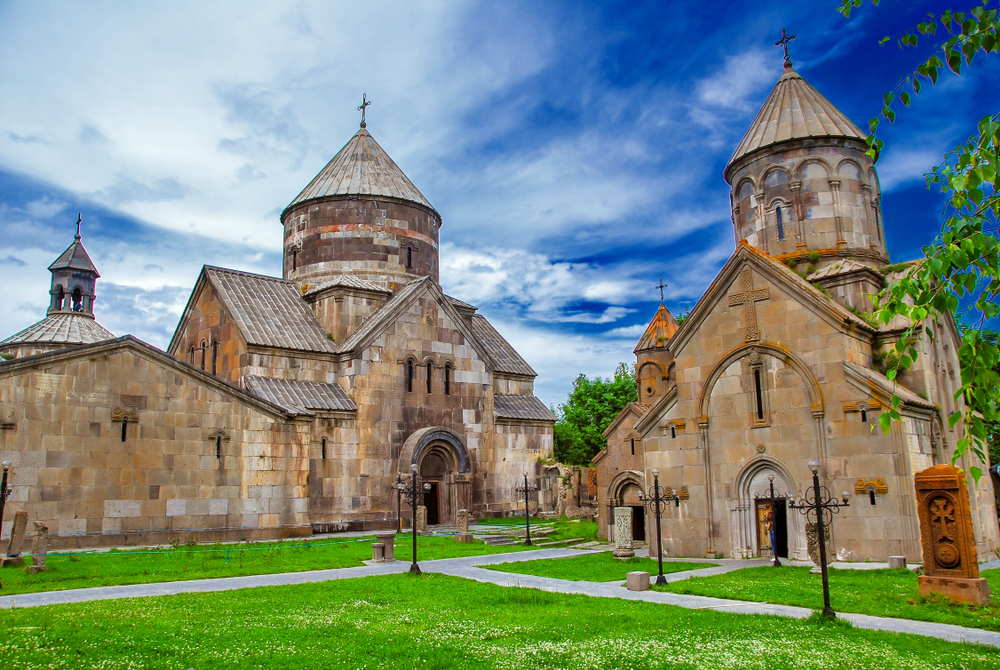 This modest medieval structure built in the 11th and 13th century in the northwest part of Tsakhkador, a spa town and popular tourist destination in Armenia, is still frequented by worshippers. The complex is made up for four churches, an annexe, khachkars and two chapels. The main church is The Saint Gregory Enlightener. It was built by Gregory Magistros Pahlavuni. According to the inscription carved on the southern entrance, the church was built in 1033. After it was destroyed by the Mongols in the 13th century, it was rebuilt and even today maintains its compositional beauty. In the monastery of Kecharis were buried princes, outstanding soldiers and priests who were killed in battles against the Seljuqs Empire in the 11th century.