Taif, a city in the Mecca Province of Saudi Arabia, located at slopes of Sarwat Mountains is at a height of 1,879 m, it’s the 5th largest city in the country with a growing population of 1,200,000 people. The city is also known synonymously known as the ‘City of Roses’.

While, it was causally accepted earlier that the crater was formed by a meteorite, as it appearance resembles that of a Barringer Crater, with its circular form and high sides, now commonly accepted by geologists that the crater is a maar crater, it’s quite the aberration of the normal meteorite. Located on the outskirts of the city of Taif, Al Wahbah Crater, is at a distance of around 250 km on the Western edge of the Harrat Kish Basalt Plateau. One of the things that stands out is the dazzling white salt in its depths. In the days of the yore, it is believed that the crater appeared after a massive underground steam explosion that was caused when a magma flow ran into a subterranean source of water. Interestingly spread across 1.2 miles across and over 800 feet deep, it’s quite a sight. In recent years, the Saudi Arabian tourist industry has set their sights on the crater, building roads and markers to the site, trying to promote it as a popular tourist attraction and camping site. It would take around 45 minutes to get to the bottom of the Crater floor and the view to the bottom is quite picturesque. At a stone’s throw away about ten minutes, is also the highly recommended the lava fields, which is also a must see attraction. 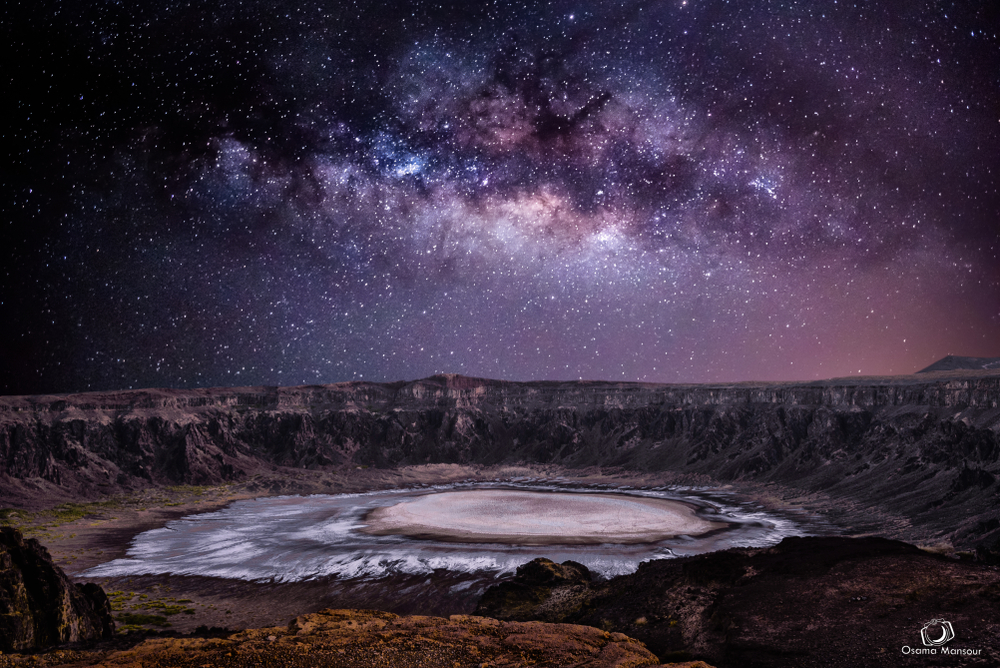 Another gem in the city of Taif is the regional Shubra Palace. The Palace was built in the year 1905 on the orders of Sharif Ali Pasha, constructed over a period of three years, with lattice work windows, balconies an interior marble from Carrara. It is widely believed that the King Abdul Aziz used to reside in the palace and later King Faisal used it as a headquarters for the council of ministry of defense and aviation. It was later converted into a museum.

In the southwest corner of Saudi Arabia, located along the coast of the Red Sea is the port city called Jizan also called by various names Jazan, Gizan or Gazan. It’s also the capital of the Jizan region boasting a population of 1.5 million people. The city is also synonymous with high quality fruits like mango, figs, papaya and much more. The city is also home to major infrastructure projects worth a lot of moolah.

Located at the periphery of Jizan in southwestern part of the country is the Farsan Island. There is much more than going to the beach at Farasan Island. Toursim is an important part of the islands as there are many places to see. One of the last things you’d expect to find in Saudi Arabia, are the Mangrove forests. The coastal brackish waters allow Mangrove to thrive on several parts of the island. As widely believed Mangroves are the guardians to the coast, not only providing food and shelter for wetland animals, but also protecting against erosion and extreme weather. You can also visit a number of Ottoman’s fort, left behind in the country. One might wonder what so special about these forts found outside Hejaz, albeit not large in size as expected but they provide a picturesque 360 degree view of the surroundings. You can also visit the Beit Refai, the house was once owned by the eminent Pearl merchant Munawar Al Refai which includes intricate carvings on the gypsum walls. An interesting historical fact about the fort is that, it was built almost a century ago. Another thing to include in your bucket list is a visit to the Qassar Heritage Village located on Farasan Kabir Island. Last but not the least, a visit to the Nadji mosque is a must, on the outside it’s like any other mosque, but upon entering on the inside once can view the fine details of the Farasan district architectural and design heritage. 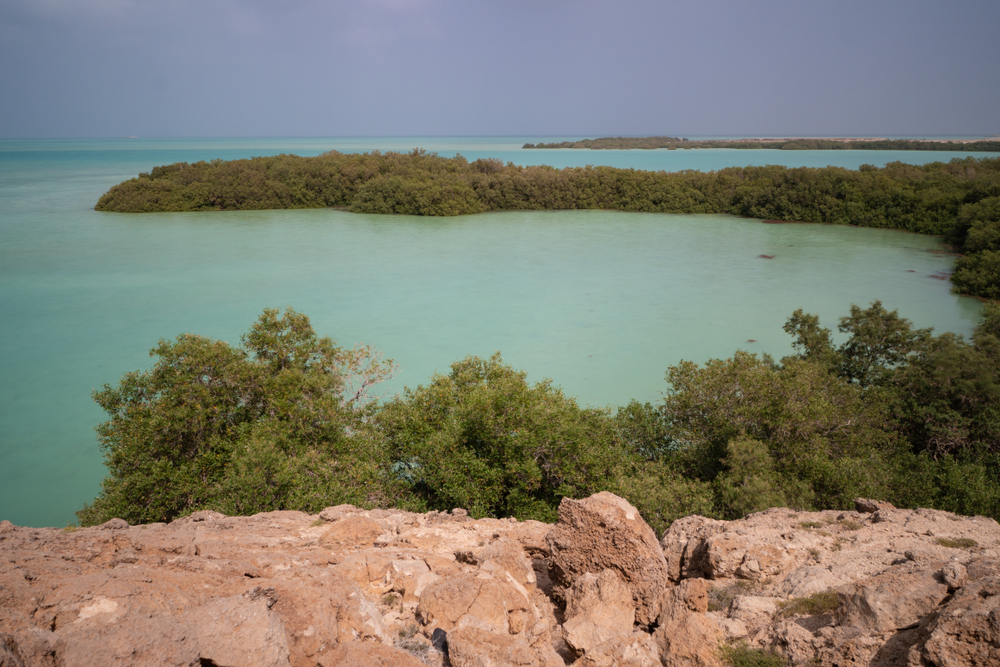 The Holy Kingdom has been blessed with a plethora of treasures and anyone who thought that Saudi Arabia is just a place of worship, needs to plan a visit to the Kingdom. Also, located around 75 km from Jazan are the wonderful hot springs including Al- Khoubah and Bani Malik.  They are an absolute must see attractions. Bani Malik has also separate facilities for men and women. The temperatures in these springs can reach 45 degrees Celsius and there are well-over 10 different types of chemicals at work. 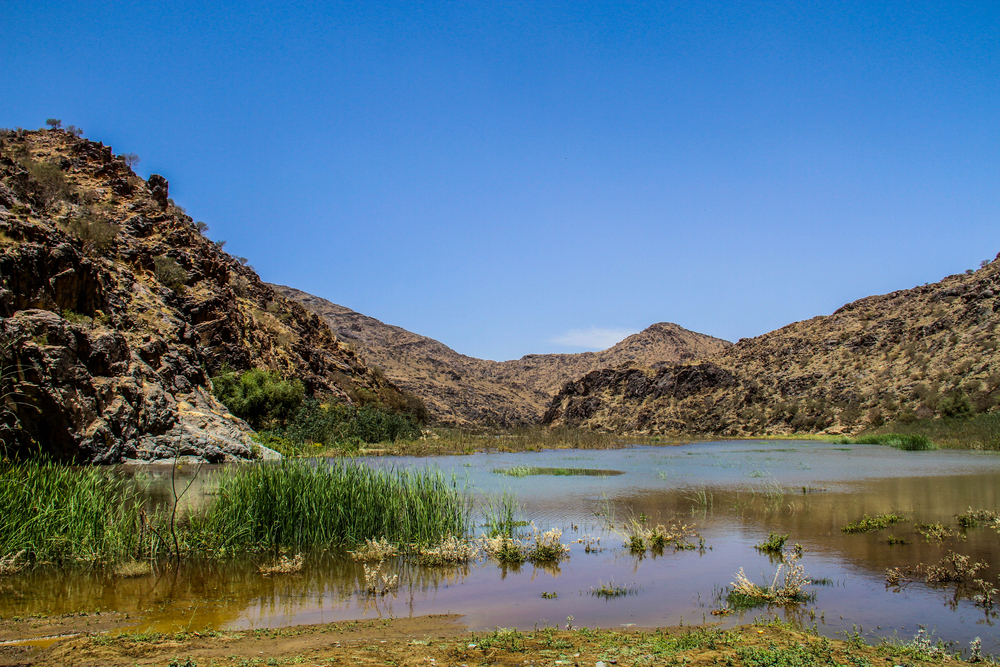 Al Qassim region also spelled Qassim or Gasim internationally located in the heart of the country is almost 400 km from Riyadh is at the center of the Arabian Peninsula. With a population of 1,370,727 and spread over an area of 58,046 sq. km, it also holds the coveted title of the highest per captia in Saudi Arabia. Due to its abundant agricultural production it is considered as an asset to the country along with the areas of culture and heritage as well. It is also the 7th most populated region in the country. Al Qassim province is divided by the Wadi Al-Rummah (popularly known as the Rummah Valley). The valley stretches the entire region from the west to the northeast. It is also by far the longest valley in the entire Arabian Peninsula as it stretches for about 600 km. It also has the typical regional desert climate, rainy winters and for its hot, less humid summers.

Buraydah is home to almost 50% of the population of the Al Qassim province. One of the must see places in Buraydah, is the Buraydah museum. Conveniently, located on the intersection of King Fahad and King Abdul Aziz Road, the museum is home to many historical, scientific and tad cultural halls. The museum has been well maintained and offers the visitors a wonderful opportunity to learn about the heritage and culture of Buraydah and social activities of the past. For the car lovers, the museum has also a special section that pays homage to the car collection of King Abdul Aziz. The museum is designed like a mini Najd fort and one can find photos of many Saudi leaders. There is also a smorgasbord of array guns, stuffed animals and other vintage items. The standout feature is a bespoke white Cadillac with the Saudi emblem.

Another gem in the beautiful city of Buraydah is the King Khalid Park and Gardens. It’s a wonderful place to enjoy with friends and family and the best part is it’s free to enter. It also has its own swimming pool. Also, the organizers organize a variety of activities for visitors of all ages to enjoy.  It’s one of the better places to visit once in Buraydah. And offers the city dwellers the much needed green space.

Abha is the capital of Aseer province near the Red Sea in southwest Saudi Arabia. It is 2,270 meters above sea level. With regards to temperature it’s one of the cooler regions in Saudi Arabia, where they enjoy mild climate most parts of the year with temperatures dropping to 15 degree Centigrade during the latter part of the year. Although there have been some occasions of Abha receiving snowfall in the past. The city is comprised of four quarters, which includes Hilltop fortresses, also built in 1927 is the Shadda Palace which is now a museum displaying handicrafts and other items. Another one of the eminent features is the Abha Great Mosque and the Abha Palace hotel. The Saudi government has left no stone upturned to promote Abha as a popular tourist destination. Among the many things the city hosts the famous Abha Festival, sporting events, exhibitions and other musical performances.

The first national park in the Holy country with home to over 300 species of birds and animals is one of the must visit destinations when visiting Abha. Its spread over an area of 1,600 sq. km. The park is well geared with a variety of activities like the natural trails, play area for kids and much more. The park also has over 67 campsites, 45 picnic sites and toilet facilitates. The park is also home to Jabal Soodah, the highest mountain in Saudi Arabia reaching with a height of 10,522 ft. above sea level. During the summers the wildlife enthusiasts can enter the park for free. The park, essentially was the idea of King Khalid, who ordered close supervision of hunting and the preservation of flora and fauna throughout the kingdom. The Asir National Park may rival the great national parks of the world in terms of beauty and size, as well as in ecological importance and archaeological interest. 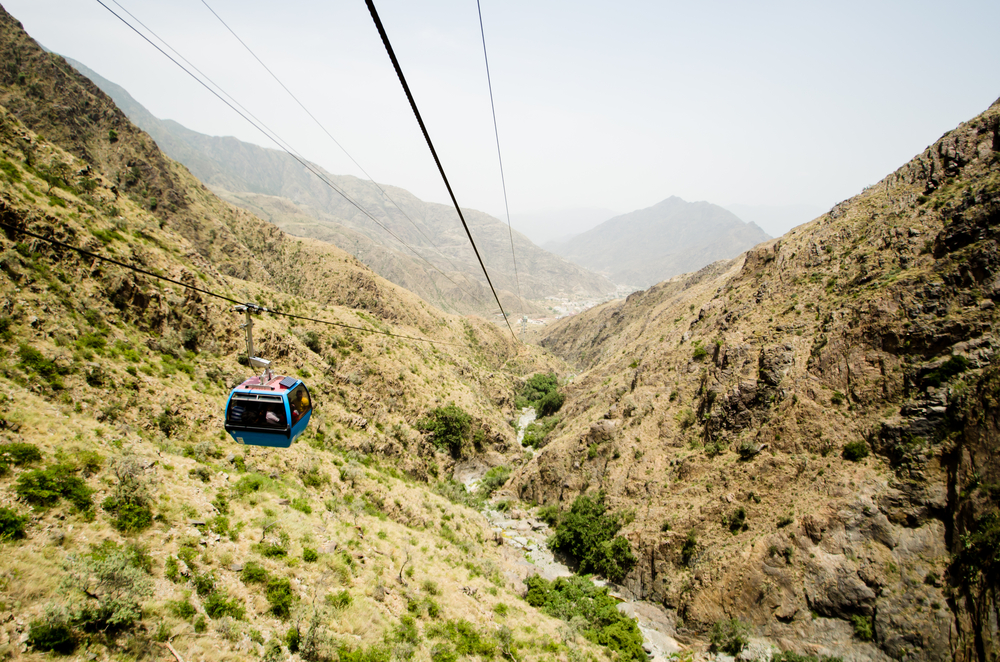 One of the must do excursions in Abha is the Cable Car ride. You can take the ride from 3 places, Green Mountain to Abha City, Souda Mountain and Habala. Also, you don’t have to dig deep into your pockets as the ride costs SAR 50-90 per person/per ride. You can also create wonderful memories as it’s a 25-30 minutes ride. Each car takes about 8 people and you can also avail the discounts if you’re traveling in a group. You can also view the picturesque lake on both sides, surrounded by hills. Taking the cable car ride during the summer you can also view the coffee plantations.